Green Coke at SGRAIL100 by Tobias 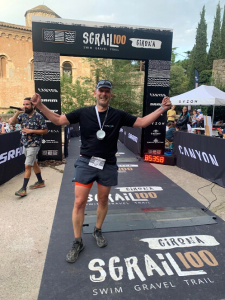 SGRAIL100 – landscape, sugarless cola and an award not given

I do not remember why I signed up for SGRAIL100, maybe it was the fact the race was thought up by one of my personal heroes, Jan Frodeno. And I had never been to Girona. And I wanted to have a late in the season race to not start slacking in September (started slacking anyway though).

It is supposed to be a fun race and it should be more about fun than winning but some people take it very serious. I just wanted to finish and enjoy it. The starting list had some prominent entries: Kona winners (Frodeno and Kienle), 70.3 World Champions (Frodeno and Kienle), Kona Top 10 (Laura Siddall), Olympic Champions (Frodenos and Frodeno). They have unique awards there, “the slowest”, “the coffee junkie”, “the epic fail” .. I wasn’t going for any of those, I thought.

The afternoon before the race we got to meet the pros, took some photos but given the fact I didn’t feel overly well, I turned in early. 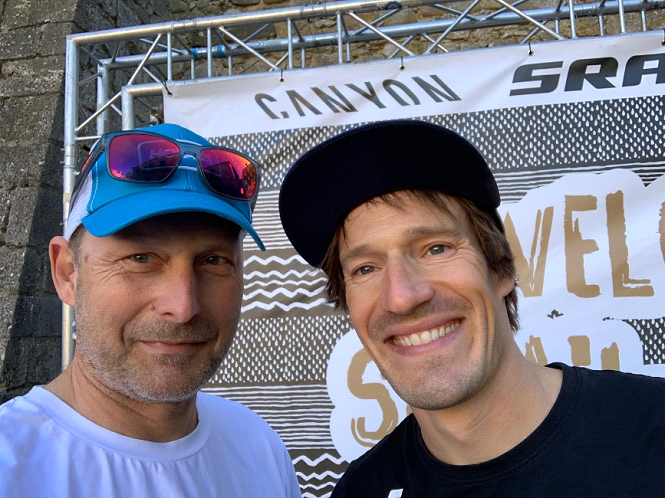 Race morning: Alarm went off at 5 am. Shuttle to T1 in Cadaqués at 6:30 am. A beautiful morning, high of 30 C expected, not windy. Some swell in the water though, favoring the return leg of the out and back swim course. 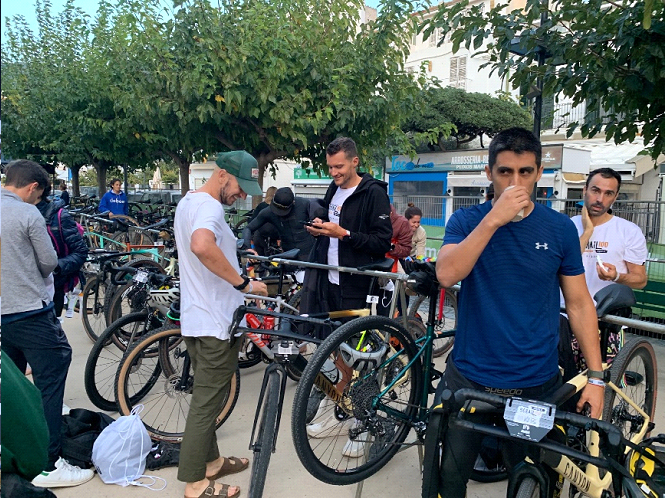 Everybody got ready. Nice laid-back atmosphere, nothing compared to the nervousness of a typical long distance event. I was nervous a lot, lack of training (especially swim), no real run training and a bike leg that I couldn’t really estimate. I had never really used a Gravel bike, Mareike lend me hers. And let me put it clearly here, whatever would happen later had nothing to do with the Canyon Grail (great bike!), it is always the engine (myself) that sucks. And the engine didn’t have its best day. An angry stomach for days, a headache and the general feeling of unpreparedness. 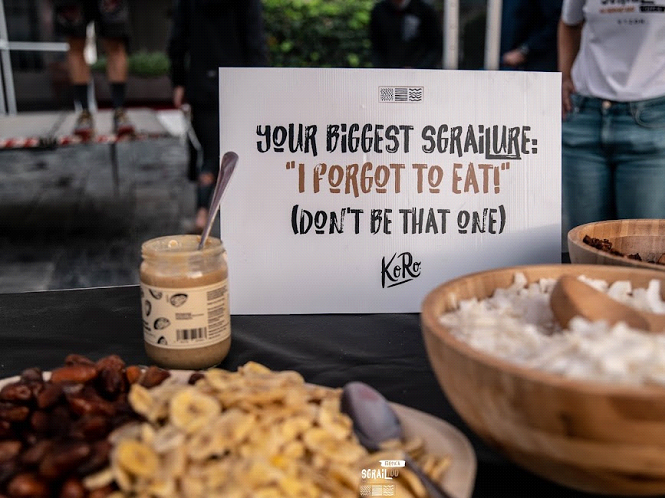 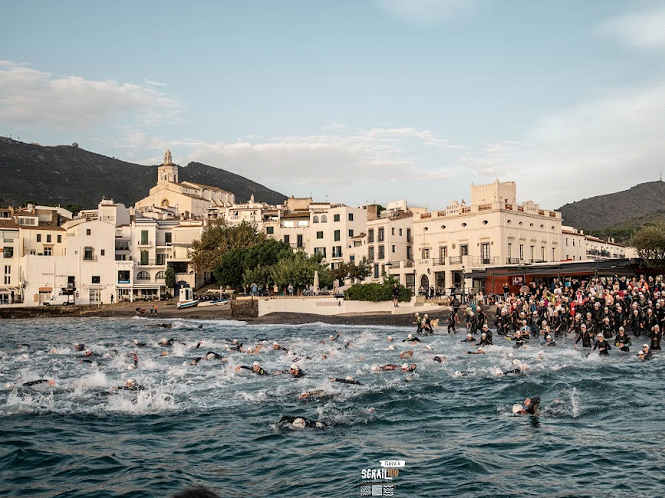 9 am sharp and off we went, mass start. Got hit in the head a few times, had to readjust my goggles after impact a few times, nothing special there. 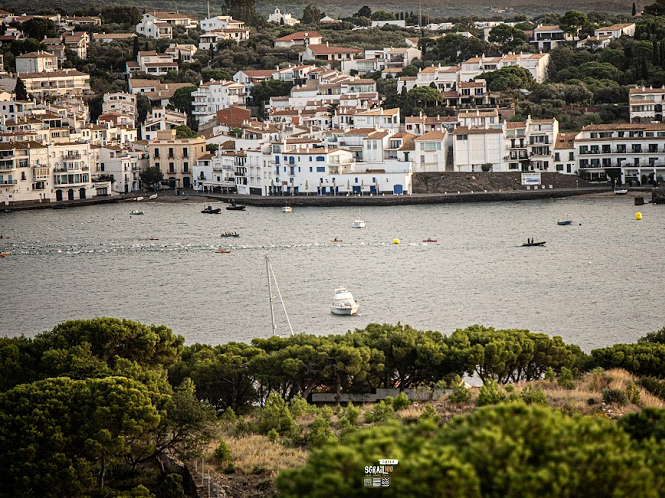 The swim was easy to navigate, out and back. 36 minutes on no training .. that’s a win.

Well, when I was driving to Girona I read that the gravel part is unmarked. I had my phone, yes, but no mount. So I actually ended up buying a Wahoo Bolt .. my first GPS ever! I can’t compare, but it did a good job, I didn’t get lost and having that device was essential on a course that changes underground and direction all the time.

Out of Cadaqués and the fun (type 2 fun only) began. About 1.100 meters of elevation change and they put 770 of those into the first 20 km! And riding a gravel uphill is a completely different animal compared to a road bike. I DID NOT LIKE IT. This photo says otherwise, but believe me: 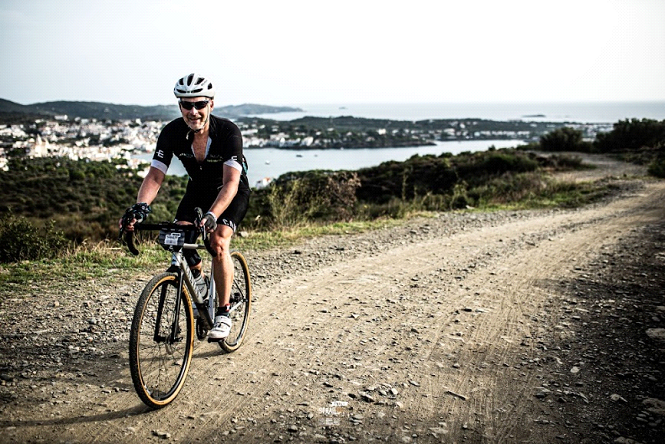 I got passed a lot, never passed anybody.

The Bolt had a short lapse of judgement while turning from asphalt to bad gravel at around km 20, that’s where I met Steve. Steve is from England and we would spend the next 70 km together, talking, laughing, cursing. Later on we were also joined by Natalie and Alex, from England too. It’s easier to gravel in a group.

Three aid station, I was looking forward to cola because I felt my energy levels go low. In long distance races I live on cola and its sugar! Got my cola at km 43, station one. Fixed the Bolt and we went on. The next 27 km were flat and it was a good and smooth ride. Only thing that bothered me, I was still feeling low on energy, the stomach was rumbling. No idea.

Aid station 2, at km 70. I needed another cola fix. This time I saw them filling cola bottles into the plastic containers. I didn’t know the brand and the taste was a little unfamiliar too, so I had a closer look. GREEN COLA. Green Cola has nothing, no sugar, no calories, no nothing! Just water and Stevia! Which intern ordered SUGAR FREE cola for an event like that? Suddenly it became clear to me that I had cycled on borrowed energy. At that point I must have been close to catastrophe. So I ate everything at that aid station, just to take in energy. That wasn’t good for the stomach, but at least I filled up the tank a little.

The last 22 km where filled with little angry hills and a brutal on (at least for me) right at the end. Just compare the earlier gravel photo to this one (Steve beside me, Natalie and Alex behind us): 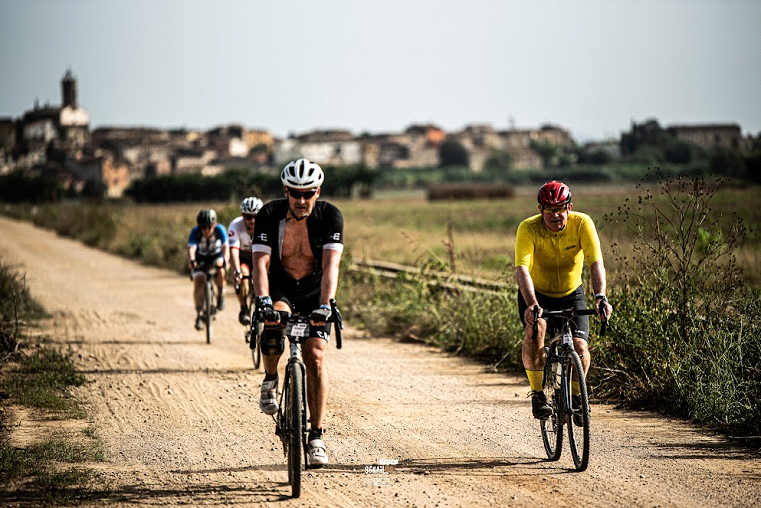 There are cutoffs in SGRAIL100. One hour after the swim, seven hours after the gravel, nine hours in total. We never thought we would get in trouble, but we did. At the end of the gravel we had less than 10 minutes to spare. And I was done.

But I had two hours for a ten km run. I can walk 10 km in two hours I told myself. Natalie and Alex went ahead, Steve and I took a little more time in T2. Eventually I started moving and Steve caught up with me and I couldn’t keep up with him. I was done.

What’s 10 km? Usually nothing (for me)! Throw in a trail run with about 380 meter of elevation, put 300 of those into the first 4 km and it became a real challenge. You walk (yes, there was no running uphill) through gravel, and after every turn there is another, even steeper up, that eats you up from the inside. I had to stop very often, my body just wasn’t having it. Maybe at km two I was passed by a competitor and I was wondering if there were actually more people behind me. I mean, we even so made the cutoff in T2. That moment I thought back to the evening before .. the award for “the slowest” .. “you need to time it right .. and you need to make the 9 hours cutoff” .. maybe that would be me? I am not saying that gave me any extra power, but it gave me enough motivation to not give up and try to finish within the cutoff .. and it was getting close. 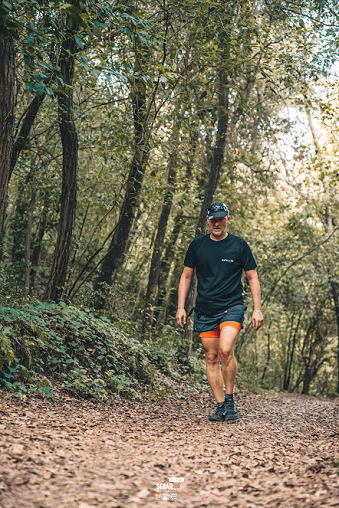 After 63 minutes I had reached the top and the aid station at km 4,3. Less than an hour left for 6,2 km. Two more little hills. I actually started running, mostly the downs. After 90 minutes I was sure I’d make it. And I did. After 8:53 hrs I crossed the line in Girona. I sgrailed it 😉 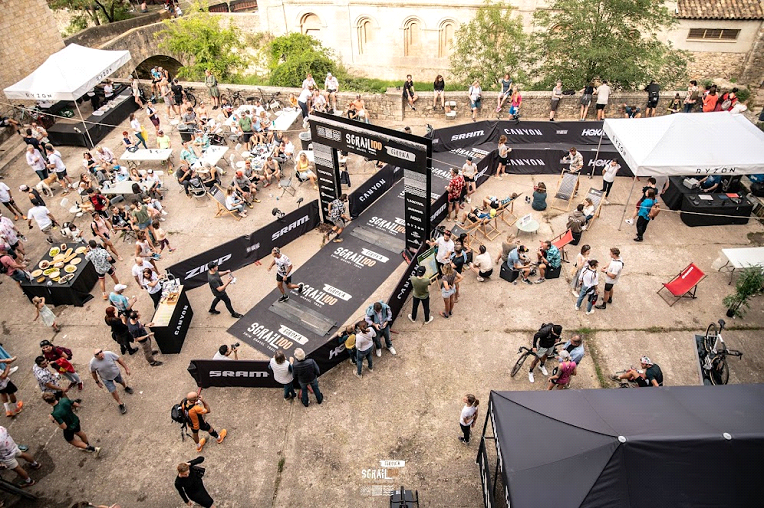 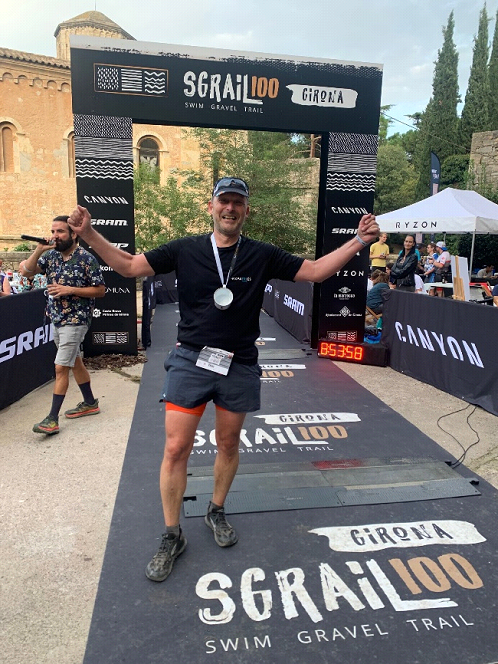 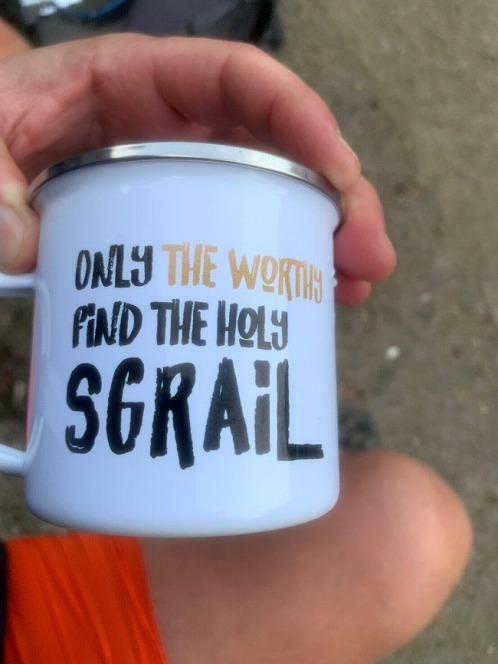 Steve was there to meet me and take the finisher photo. It was a long day, and apart from full Ironman and maybe running through the Grand Canyon this must have been the hardest I have done (so far?).

The concept is unique, SGRAIL100 is very well organized. I really liked the laid-back atmosphere. Here are my Plus-Minus:

⦁ SUGARFREE COLA (that should have been awarded the “epic fail”-award
⦁ Just 2 (two) porta-potties for 200+ competitors, are you shitting me? 😉

If you are still reading .. and you remember the title of this report and you’re therefore wondering if somebody was behind me before cutoff, the answer is ‘no’. So why aren’t I posting a photo with my “the slowest”-award? That is a big disappointment that. They (don’t exactly know who) thought that changing the rule was a good idea. They actually awarded the last three finishers, the very last, who didn’t make the cutoff (what’s the sense of cutoff then?). I asked for the reasons for changing the rules after the ceremony and got a “it’s our race, we make the rules”-comment that came across a little too arrogant. I told them I thought that was unfair and they asked me what I want. I said I want the award. “not possible, that has been handed out and you (meaning me) can’t do anything to change that” .. again .. a little too arrogant. They offered me free trail shoes. I eventually turned down the offer. I can buy my own trail shoes, I can’t buy an award (and I told them that). I feel I was unfairly cheated out of it (as awkward as last place may be ), they took something from me that I may never be able to replicate (hopefully not) .. and that left a little bitterness. I fought that bitterness with a real Coke, lots of sugar in it, on the way home 😉 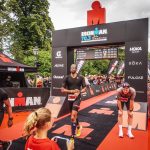